A downloadable game for Windows and macOS

What would happen if it turns out that you don't have control over your life and what you do? You take back control, of course! Your goal in this game is not only to defeat the mysterious overlord who plays with you and your friends like puppets, but to conquer your personal struggles as well.

Important notice: This game is a passion project - my goal for this game is to be the result of my work and my work only. I am doing everything by myself, including the art, storyline, coding and music. I am still in high school, so I don't have very much free time to work on it. So as you can imagine, it will take a very long time to finish! I have only made the prologue so far,  but I am working on chapter one. I hope you enjoy what I have done so far! All criticism is welcome and appreciated as I am trying to improve!

If you download this game, I would love it if you filled out this feedback form! https://tinymoon.typeform.com/to/fupzfM

Also, PLEASE LET ME KNOW ASAP if you find any bugs, so I can fix them straight away.

EDIT:  Someone has let me know that there is a missing file glitch when interacting with items in the hut. It has now been patched!

-A young lady with the shortest temper you've ever seen.

-Refused to specify anything she likes.

-Appears onwards from the Prologue

-An earnest lad who's trying his best.

-Likes horror movies and hanging out with friends.

-Appears onwards from the Prologue

-A master trickster in a tiny girl's body.

-Detests work and will do anything to avoid working.

-The sweetest girl ever, period.

-Has big aspirations for such a small girl.

-A lonely foreigner who just needs a break.

-Only works if he has to.

Meet the Side Characters: 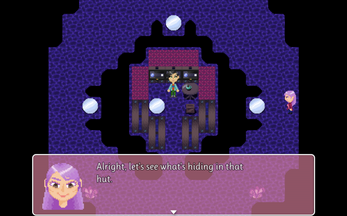 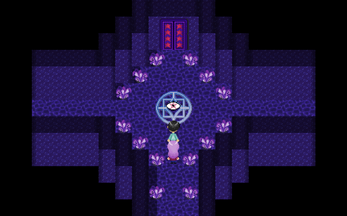 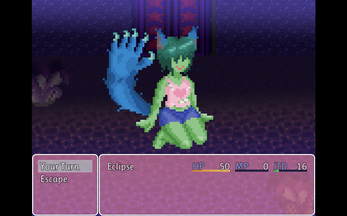